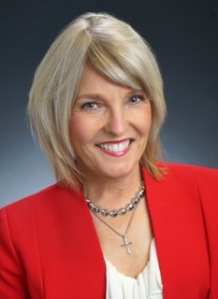 Holly Prescott began her real estate career in 1983, marketing and selling residential properties for the prestigious and award-winning master planned community, Las Colinas. In 1995 she decided to pursue a career in commercial real estate for Baker Commercial Real Estate and was nominated for Rookie of the Year by the Commercial Brokers of Dallas Association. In 1999, Holly was enticed to attend Keller Williams Realty signature training class, Quantum Leap Boot Camp. As a result, her passion for residential real estate was reborn, and Holly joined KW as the team leader for the Dallas Metro North market center in Flower Mound, Texas. She built that market center from 27 to over 200 agents.

In 2005, she had the opportunity to live out her life-long dream and move to Vail, Colorado, to open a Keller Williams market center which she then grew to 95 agents. In 2007, Jay Papasan, co-author of the Millionaire Real Estate Agent, gave her a once-in-a-lifetime opportunity to become the Millionaire Systems team leader at the Keller Williams Realty International office. With that new position, she traveled to every KW region and taught her favorite class, “Recruiting by the Book.” Holly’s passion to help other team leaders and agents through learning took over, and in 2008 she continued her travels serving as the KWRI Designated Trainer. Holly was honored to serve as Team Leader for the award-winning Asheville Market Center in Asheville, NC during 2010 and 2011.

As the Training Director for Carolinas Educational Services since 2012, Holly has discovered that assisting real estate agents build their business is truly her life’s mission.  Presently, she is part of the KW master faculty, a MAPS coach, and has ownership in three KW offices in Texas and Colorado.